I’ve publicly stated many times in writing and from stage to business leaders that I’m not a fan of branding as a revenue generation strategy. For so many years, businesses planted their logo on billboards hoping to get foot traffic or calls with zero results. I often watch sporting events on television and wonder how many new customers the company that’s paying for their “sponsored logo” to be in the bottom corner of the screen generated from the event. Unless you’re McDonald’s and have a restaurant on every corner, I just believe there are many better ways to spend that capital that will lead to new customers.

There is certainly something to be said for making sure that your “brand” is consistent when people are exposed to it, however. Using the same color, fonts, logo, imagery, messaging, etc. is incredibly important. This ensures that, when prospects or customers are exposed to your brand, they recognize you. If they visit your site one day and you retarget them days later, you want to be sure that the messaging, colors and calls to action ignite their memory.

For Some Companies, Branding Modifications Come Amid Political or Social Upheaval

There’s another facet to consider as well that some haven’t thought a lot about until recently. I’ve been in the marketing industry for about 20 years in one form or another, and I’ve seen a lot of brands change the way they position themselves based on the political or social environment of the time. Generally, these modifications are made so that the organization’s brand doesn’t offend anyone.

Before I go any further, I don’t personally know any business owners who would intentionally build a brand to offend a group of people based on religion or race or gender. Also, doing so would certainly not be a business growth strategy that I would recommend. I’m hoping that’s obvious. With this said, I think it’s easy for many of us to offend without even knowing we’re doing so. Sometimes, the attempt to not offend even becomes offensive.

There’s a risk in putting my thoughts on this into writing. When my team asked to write about this topic, I had an “Oh, boy” moment. “This is going to be interesting” was one of the first thoughts that came to mind. So here we go.

In our current environment, there are companies changing their names and branding at a rapid pace. The companies, from my knowledge, didn’t intentionally set themselves up to offend. The authors of many of the articles covering the topics are outright vilifying the companies, however, even calling them “racist” in their headlines. A story by Jemima McEvoy (she’s probably a wonderful person) included the headline “Here Are All The Brands That Are Changing Racist Names And Packaging.” I read that and was shocked. Accusing someone of being racist is a deep, deep acquisition that cuts to the core of who a person or organization is. This headline could have easily said, “Here Are All The Brands That Are Changing Their Names And Packaging To Be More Sensitive.” That probably wouldn’t have gotten as many clicks though.

I’m all about making sure that your brand works well and gives a good impression to those you’re selling to. A few examples of companies not immediately taking this into account include Chevrolet. The Chevy Nova, for example, had a name change when the Chevy team realized that in Spanish, “nova,” means “no go.” I’m not sure selling a model of car that won’t go would have been a good strategy.

Another example is from Target. They produced a sandal that they called “orina.” In Russian, “orina” means “peaceful” or “peace.” Great name for a sandal. To the Spanish-speaking Target customers in the U.S., however, the term means “urine,” so it had to be changed for obvious reasons. Although, I’m sure there are some people that are into … well, nevermind.

These are logical examples of making sure your brand is sensitive. Do your research when you’re naming products, divisions or companies. Especially if you plan on selling to a global audience.

At what point, however, does the offense end? Someone made a joke at a party the other day when my twin boys were playing Rock Paper Scissors. The “jokester” said, “Can you please change ‘scissors’ to something else because I was attacked by someone with a pair of scissors when I was a kid, and it gives me a negative reaction.” I laughed but then had a thought that this kind of thinking is actually coming into play.

Comedians, for example, have been funny for years largely due to making fun of real-life situations. There have been many successful comedians who have made a living off joking about differences between races, and, for years, it was considered comedy to the majority of the population. Today, people have to be so careful about someone’s feelings being hurt that we’re giving out participation trophies even when kids lose a tournament.

I’m all about not hurting someone’s feelings, but we have to draw the line at some point or everyone is going to have a lawsuit or be put out of business because of something they didn’t intend to do.

How Do You Set up Your Brand for Success in the World With Increasing Social Validation Pressure?

The reality is, like it or not, today we have to be careful when we’re developing our brands and messaging. It’s important that you consider your buyer when you’re choosing stock art for your ads, the messaging and vocabulary used in those ads, and the way that you present your brand.

People are a lot quicker to judge a brand based off of these things today, and it’s no longer acceptable to be brash. Which is something that many brands built their reputation on just a few years ago.

When Rebranding or Introducing a New Brand, Consider Tips to Help Your Company Stand Out

With all this said, here are some tactical takeaways to go through if you’re going to be creating a new brand, division or updating your brand in some way.

Every person should be mindful to treat their neighbor well. People shouldn’t be treated any differently based on anything other than their character and actions. I would argue that intentionally alienating your potential audience with your brand isn’t acting in love either.

In 2020, if you’re making any noise at all in a way that’s creating success for you, you’re likely going to offend someone. Just be mindful. Use common sense. But don’t stop being yourself. If too many people fake their brands to try to make everyone happy, we’re going to be on our way to a business environment in which the goal is to please the most-relevant social media platform first and foremost and potentially not serve your business in the best way. 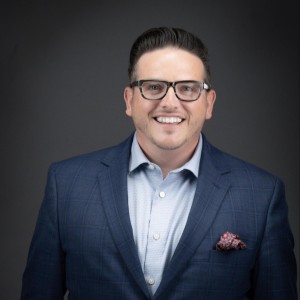 Dave’s not just a marketing nerd, but a business growth expert. He and his team have helped more than 1,000 companies over 20 years to create business growth.