Key Takeaways From The Social Dilemma

First of all, happy New Year! If nothing else, be encouraged that it’s no longer 2020.

But before looking forward, I wanted to look back at one of the most popular, thought-provoking and even controversial documentaries of 2020, Netflix’s The Social Dilemma. “Shockingly disturbing and insightfully captivating” is what Roger Ebert has to say about it.

Have you watched it? If not, allow me to directly say that you need to! My wife and daughters know I’m a documentary geek, and they generally run to the mall whenever I suggest we watch one of these “educational films” together. That said, they had no choice with this one. After I watched it once, we all watched it together.

Here’s how I prepped them and how I’d prep you: Don’t fear! I’m not taking away your phones, and I’m not saying we’re all deleting social media. What I am saying is we need to be aware, minimally, of the power of that device living in our pockets or purses. You need to be aware of the social media monetization and business model. This knowledge may impact how you interact with search and social media. Knowledge is power.

The Social Dilemma: A High-Level Summary

This documentary puts forward the compelling argument that search companies such as Google and YouTube and social media platforms such as Facebook, Instagram and Twitter pose a very real threat to our communities, democracies and general way of life. It attempts to expose the ways these tech giants have manipulated human psychology to influence how we behave.

Highly credible (former) executives from these companies are interviewed, claiming there was no one “bad guy” who had evil intentions from the start. They do claim, however, that this “surveillance capitalism” (the act of mining human experience to produce marketable predictions about what we will do and buy next) has been a known threat for years but that the economic incentives are just too great to make changes at this point.

Powerful Quotes From The Social Dilemma

Selected quotes from the documentary that provide great insight into the overall theme include:

Effects of Misinformation and the Spread of It

As scary as some of those quotes about social media are, reporter Adi Robertson points out that vast swaths of the internet are arguably just as important (and dangerous) as the big social networks and, perhaps, in some cases, even more so.

“Propaganda, bullying, and misinformation are actually far bigger and more complicated. The film briefly mentions, for instance, that Facebook-owned WhatsApp has spread misinformation that inspired grotesque lynchings in India. The film doesn’t mention, however, that WhatsApp works almost nothing like Facebook. It’s a highly private, encrypted messaging service with no algorithmic interference, and it’s still fertile ground for false narratives. As Alexis Madrigal notes, condemning the platforms together comes ‘uncomfortably close to admitting that mobile communications pose fundamental challenges to societies across the world.’ There’s a fair case for that, he argues—but a case with much more alarming implications.”

“These sites aren’t driven primarily by algorithms or profit motives. Instead, they twist and exploit the open internet’s positive ability to connect like-minded people. When harmful content surfaces on them, it raises complex moderation questions for domain hosts and web infrastructure providers—a separate set of powerful companies that have completely different business models from Facebook.”

The Social Dilemma ended on a slightly more optimistic note, switching it up to “our social dilemma” and encouraging viewers to reclaim their own technology usage while highlighting that real change often comes as a result of public pressure.

So if you believe social media has exacerbated the world’s problems—including authoritarian politicians, COVID-19 misinformation and increased suicide and self-harm rates among teenagers, etc.—then possibly this documentary is the beginning of a wider wakeup call and will drive toward more positive innovation?

Message me directly to get my thoughts and opinions on the matter. In the meantime, know that they are watching. 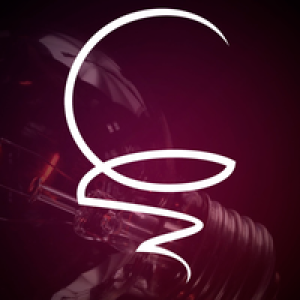